The Post-it note that changed our lives……..a little bit of our story and #9 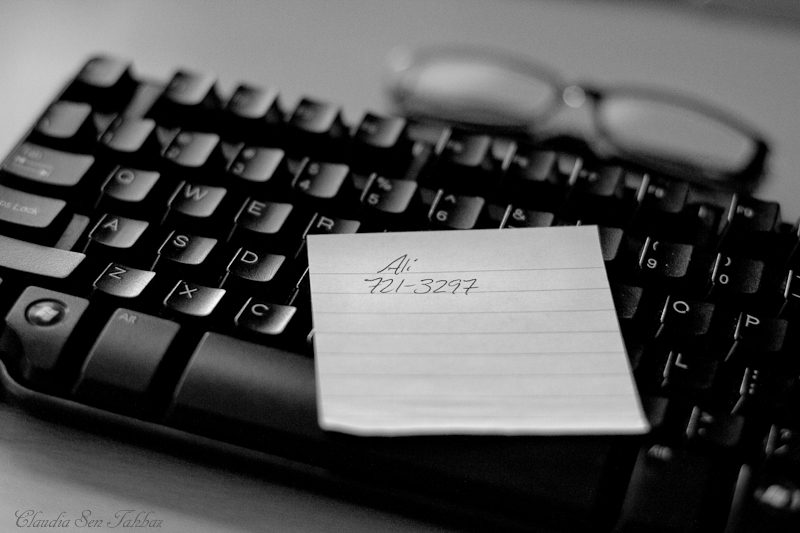 9 years and 9 months ago (Dec 16th) was my last day at work in R. J. Reynolds Tobacco Company. While I was packing my belongings a co-worker came to my cubicle and said: Here is my number and stuck a post-it on my desk. Give me a call, let’s have a coffee. Then he turned around and left.
I didn’t talk much with him during the time we worked in the same building. He was the first person I was introduced to in the office. I remember he was wearing a brick color sweater-jacket and a funny gray hat when I stepped in his cubicle with our manager and his cheeks were flushed (I still like the flushed cheeks, never liked the hat :-)).
I had to stay in a hotel during my first weeks in Winston Salem and was looking for an apartment. I asked the guy if I could borrow his yellow pages book and he said: NO! then he laughed and gave it to me haa, haa, how funny, NOT!!
A couple of months went by and every now and then he would come and said: Buenos Días Señorita! (the few words he was able to say in Spanish back then).
Sometimes he would throw popcorn from his cubicle to mine (my friend Jo Ann always with a mischievous smile said that he liked me……to me he wasn’t that funny). I would see him walking and thought he was just showing off. But once again, I liked when he learned to say: Parangaricutirimicuaro, just to impress me 😛 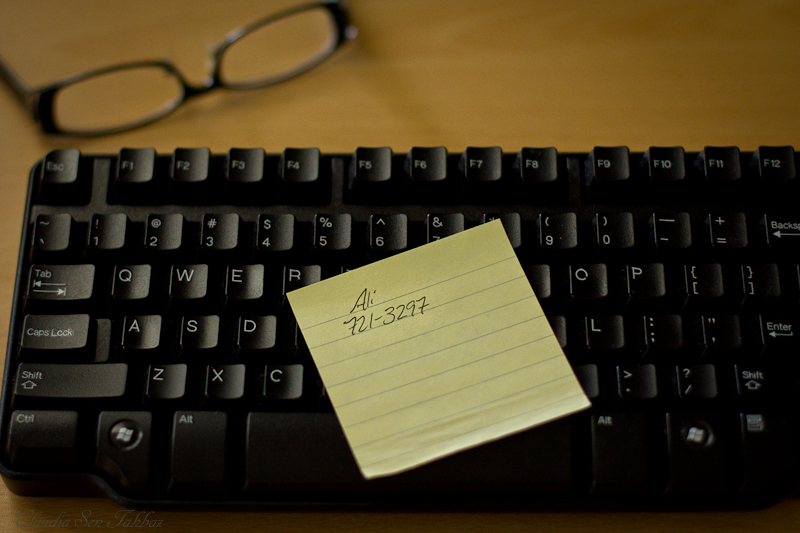 So back to the Post-it again (which I found last year at my parents house). That evening, while I was organizing my things and going through some papers the post-it popped up. I called the guy and he was going to come to my apartment later on.
In the meanwhile my headhunter called to check on me (he was sponsoring my work visa and we had to talk about the date when I was going to leave the country, etc.) He knew I was alone in the USA and was making sure I was all right and offering his help. I mentioned that I was going to go out with Ali that night and he said: Ali is a good guy. You can trust him Claudia 🙂 I knew it already but it was nice for him to say it.
Ali and I went to Bennigan’s in North Point Blvd (the place doesn’t exist anymore). That night we discovered lots of things we had in common. It was really strange since our backgrounds were so different. He grew up in the USA. His father Iranian and his mother from Virginia. I grew up in Mexico City and my parents are Chinese. We both had two languages at home, traditions from two countries and found it difficult to fit in both cultures.
We saw each other a couple of times before I went back to Mexico and exactly 9 months later we got married. 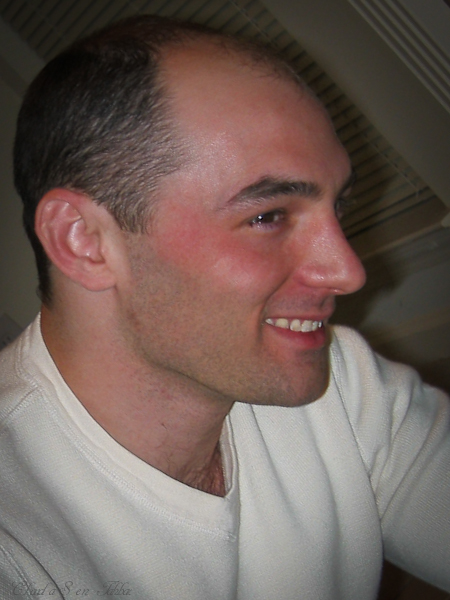 I took this photo during one of those dates. Flushed cheeks and beautiful smile.

During those 9 months we emailed and chatted online. We agreed to meet in London and went to France, Spain and Italy (we fought 3 times due to our cultural differences and talked about finding jobs in Paris. We were in love at the end of that trip. Who would have thought back then that we were going to live in Europe for 4 years as husband and wife?). Ali went to Mexico City and met my family. I came to the USA and met his.
One night he called and asked me to come to Winston Salem and get married. Yes, he proposed over the phone. I was surprised. He said I was silent for a very long time before saying: Yes! The truth is, that I had spent a lot of money on 4 extra suitcases and my huge musical keyboard going back to Mexico and I was wondering how I would take all my stuff back to the USA again!! 😛
I quit my job, talked with my parents and three weeks later arrived in Winston Salem. The night I arrived, I was getting out of the car (right in front of our house) and Ali started yelling at me: Get in the car!! Get in the car Claudia!! I was thinking, we are not married yet and he is already yelling at me!! This can’t be happening! I’m going back home!! And then I saw it!! A guy running, right on my side of the car and a policeman with his gun in hand chasing him!! Uh-oh, that’s how North Carolina welcomes me? What were the odds!?
The next day he took me to Charleston, SC and gave me the ring on the waterfront in Battery Park. We got married 3 days later on September 16th (Mexican Independence Day). 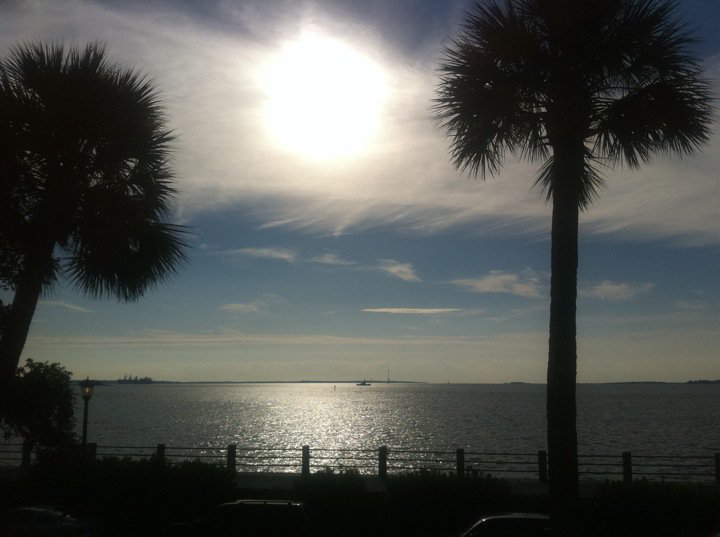 Right there in front of that railing. I took this photo 2 years ago. We try to go there for our anniversary every year.

I don’t think we would have talked or seen each other ever again hadn’t he stopped by with the Post-it or if I hadn’t called him. Our lives would have been so different.
I believe in destiny, opportunities are there for us but we still have to take action and make things happen. Now, I share my life with a wonderful man whom I admire and respect. Although, I disagree with his theory about hand sanitizer as a substitute for soap and water.

By the way, in Chinese tradition, certain numbers are believed to be auspicious or inauspicious. Nine is considered a good number because it sounds the same as the word long lasting and is often used in weddings.
My Mother was very happy about the fact that we got married after 9 months. And she made sure my wedding bouquet had 18 flowers 1+8=9 🙂

P.S. I’m pretty sure that while he reads this post he is going to ask about his brick jacket. Don’t worry mi amor you still have it. I hid it several years ago, LOL haa haa.